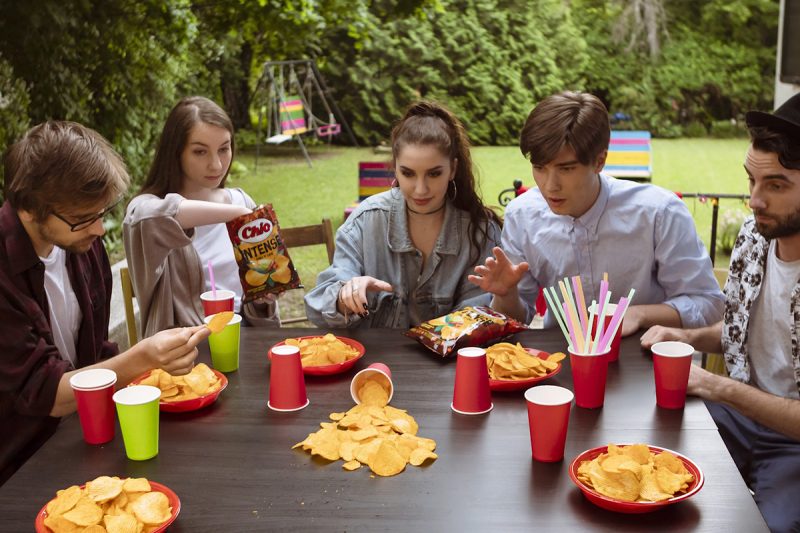 Our task was to bring awareness to their new product category and to the two new products. Our main pursuit was to avoid direct product placement, instead we’ve created a challenge based competition in order to introduce the products to the public.

We operated with a two-legged online strategy in which we’ve invited influencers to participate in our competition and shoot videos of their challenges and we created a Facebook contest for Chio’s followers. In the Facebook competition the participants had to choose from three types of games which could be played with the products and upload a video of their joyful tries to Chio’s Facebook page.  As a main prize, a contestant could win a private house party experience sponsored by Chio.

Influencers were asked to choose from the options as well, and then promote the competition through taking part in the challenge. They were asked to share their challenges on their social media channels. The aim was to present the videos as a native content; therefore influencers were free, within reason, to add extra elements into the video.  For example, the duo of Szalai István and Kovács Zsolt used a dog training collar. They punished each other with electrocution each time either of them failed some part of the challenge. This video made it to YouTube’s Trending page very quickly. Two famous Hungarian Olympians, Verrasztó Dávid and Kozma Dominik participated in the challenge as well. We hosted a Facebook Live show for them, where they tried some of the spiciest paprika which we were able to collect. 13 thousand viewers followed their live challenge through the Chio Facebook page; therefore besides the challenge they were answering questions asked by users.

Considering all social media platforms we’ve reached more than one million users while the total number of video views add up to 300 000. Due to its success the campaign got a Google Benchmark title.