Health-conscious lifestyle and eating fish is getting more popular in Hungary,  just like in the whole world. However, for many consumers fish is not inexpensive even though they want to eat more of it, since they know it is healthy.

Using the popularitys and growing demand for fish products, Hamé introduced new tastes and rebranded fish pates. To raise awareness, we started an intense, one-year-long communication campaign. From 2020 September we emphasized the fact that these pates contain the same ingredients as fish, such as Omega 3, they are accessible for many consumers and we also aimed to create a positive image about the products. The main business goal was to increase Hamé’s market share in this segment.

New products had been introduced to the market and prior ones got brand new packaging. Therefore, we had to introduce both the new and the old tastes with the latest packaging at the same time. Our goal was to make consumers realise the pate could be an alternative part of their nutrition.

As target groups we defined those who already loved fish and those who were aware of the good effects of fish consumption, but for some reason did not start to eat it yet. The key was to reach out to these audiences so we had to find out why they did not eat fish regularly, besides the financial considerations.

We introduced the campaign as a multi-level process. It started with a questionnaire in which we asked people about their fish-eating habits and whether they would be open to try a new product and which ones they would prefer to taste. The survey intended to get an insight of the target group’s preferences. Based on the results we created a summary highlighting the most important findings.

PR: We conducted a professional research with the Hungarian Dietetis Association (MDOSZ) to communicate via relevant media platforms. The results of this survey were published on popular gastronomy media. In addition, to break down the prejudices about eating fish, we published the articles on professional portals as well. 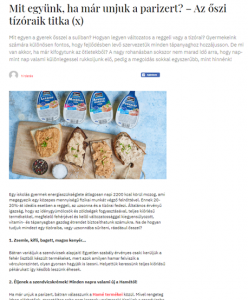 Influencers: Besides our PR activities, we started to collaborate with relevant influencers for our target group. They were able to show how they use the products in their everyday life and how they helped their family to start to like the Hamé pates, simply and naturally just through their everyday life.

Social media: We created posts and infographics that dispel prejudices and concerns about fish, based on consumer comments. Choosing some from the feedback of the research, posts and graphics were created about them, highlighting the concerns with an added answer and solution to it – these creative graphics were focused exactly on eliminating the negative preconceptions.

Tasting: As a fourth tool we made a quiz about the consumption of Hamé and fish products and later we filtered out the target group that is relevant to us. We invited this team to an exclusive opportunity to participate in testing one of Hamé’s revamped products. 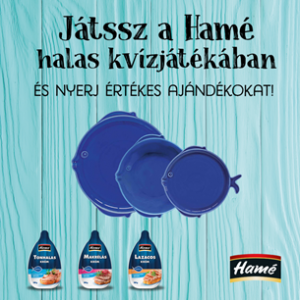 The campaign generated a huge reach. We received 12 million media coverage in 1 year and 119,000 engagements. It was also highly well received by consumers e.g. they sent plenty of pictures of their own dishes eating fish and Hamé fish pate at home, even with their children. Many people have tried the products and as expected, market share has increased.