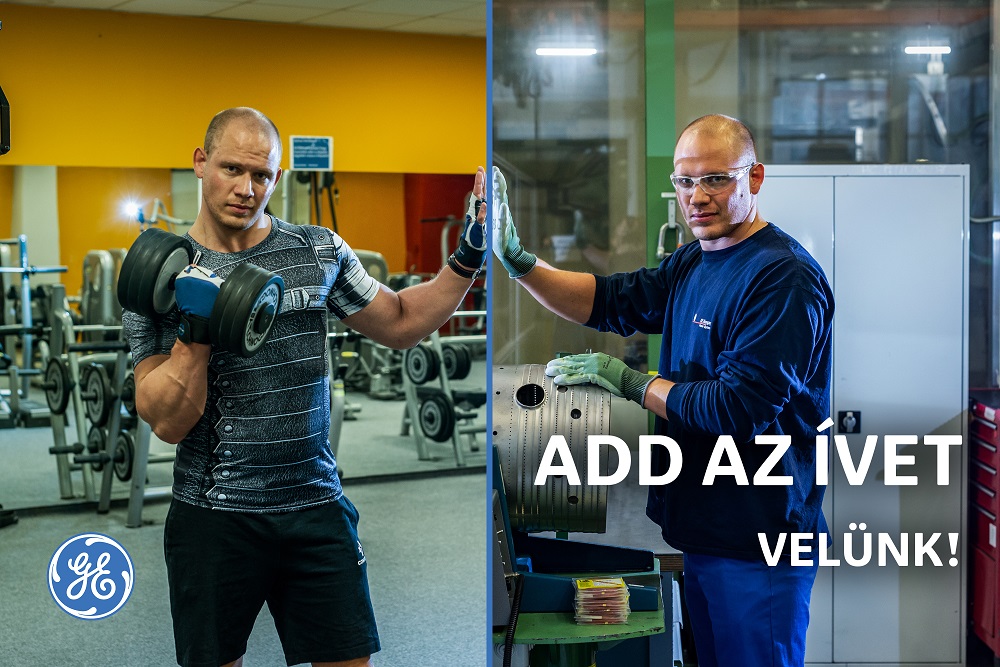 How to attract blue-collar workforce? We know that!

As an agency our task was to raise awareness of GE blue-collar jobs at GE Gas Power plant, Veresegyház and to collect applications in order to support the recruitment of new colleagues.

The main focus of the campaign was to collect applications from welders. Besides them, other vacancies such as CNC turner, locksmith, mechanic and electric assemblers had been opened.

At the start of the campaign there were several challenges, what we had to deal with. First of all, lack of qualified blue-collar workforce in the whole country; second, only remuneration is not attractive enough to reach the target group; third, new communication style was required to earn attention, fourth, from the workers’ side, low willingness to move within the country.

In order to provide catchy, spectacular creatives and videos for our target group, we created 4 “split” creatives and 2 videos. The creatives emphasized the importance of work-life balance at GE by presenting the same person both in work and in private, giving a high-five to himself. All of the models were GE employees!

We approached our target group primarily via Facebook, including both page and dark posts, Instagram and Google, including Search, Display and YouTube ads and this had been strengthened during the campaign with 2 PR articles, what was published on Blikk online, the most popular lifestyle website of Hungary. The campaign had been running from January to July in 2020, with a short suspension (end of March – beginning of May) due to pandemic.

Besides collecting an impressive amount of applications, we made the current GE employees proud of their workplace. When they had seen some of the ads on Facebook, they liked, commented or shared, proudly showing, that they are GE colleagues. One of our models became so committed to the factory that he applied for higher, senior job in order to create a career path at GE!

As the highest reward of our cooperation with GE Gas Power, we received the Golden Prize of HR KOMM Award in recruitment category. This is the most respected, professional award in the field of HR communication; therefore we are extremely proud of winning this.

The most important outcome, that our customer was very satisfied with the campaign, thus our cooperation did not stop.  GE Gas Power decided to prolong the campaign with the same creatives and videos, but with a brand new microsite and PR articles on Blikk online as well. The campaign has been restarted in October 2020, delivering a great number of applications for GE Gas Power.